Written by: Dave Hurwitz of the Simon’s Town Boat Company

10 hours of spectacular killer whale action were enjoyed on 26 March 2015 in False Bay! For the past week I have been working offshore with two scientists in order to try and get a DNA sample from a Southern African killer whale. On 26 March we managed to successfully get four from different animals. 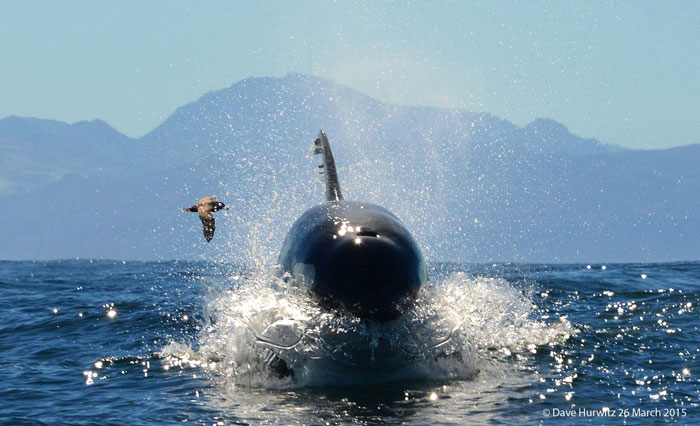 I’m really looking forward to hearing the results, which will give us more insight into the genetic make-up of Southern African killer whales and possible links to populations elsewhere. 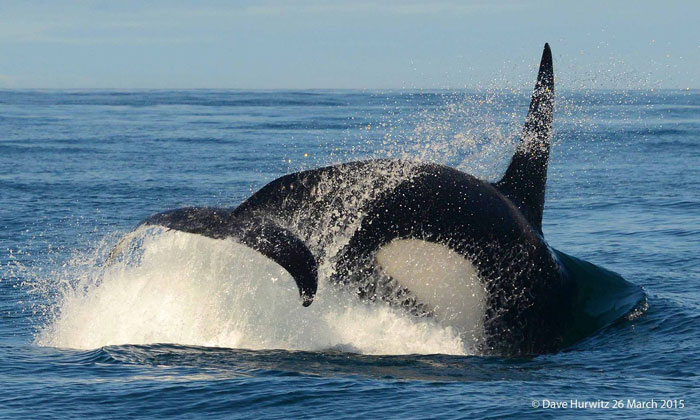 On 26 March 2e spent 10 hours with two pods of orcas totalling about a dozen animals – we had them alongside, under our boat, riding our wake and hunting dolphins. 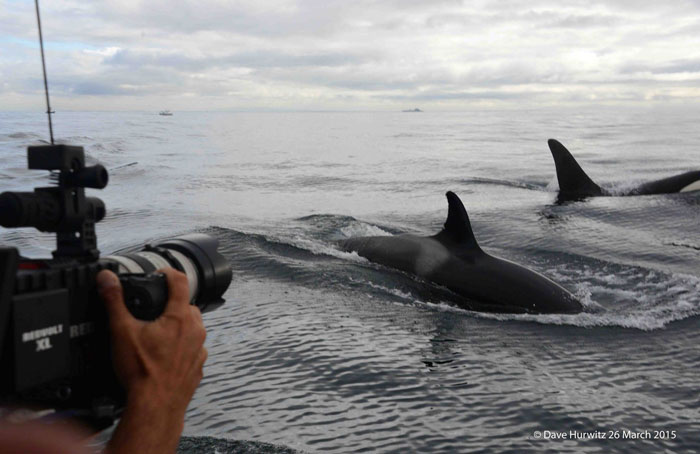 Here are a few shots of a poor dolphin that didn’t get away. Killer whales are remarkable predators, over the years I’ve seen killer whales engage in many different hunting strategies, from aerial breaches, surface lunges and sub-surface attacks. We learn more about these remarkable animals on each sighting and they never cease to amaze us. 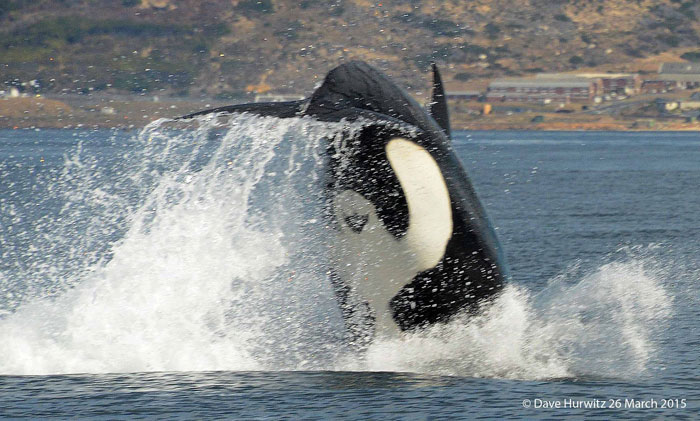 Their hunting techniques are passed down from the elders in the pod and are prey specific, adaptable and most incredibly, adapted on the fly in real time situations. 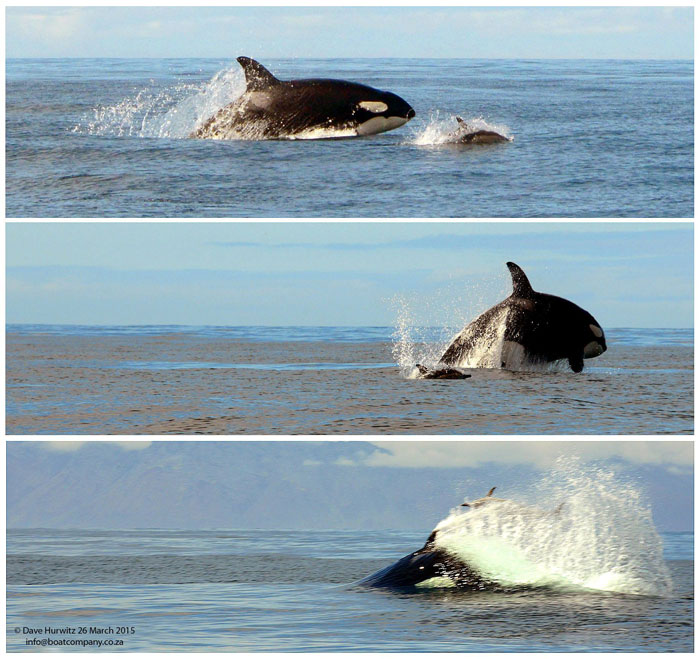 In the top two pictures a killer whale approaches and passes a common dolphin, intentionally making itself very visible throughout the mock attack. The dolphin, perhaps relieved to see that it wasn’t on the killer whales menu, relaxed and slowed down to its normal swimming speed. Unbeknown to the poor dolphin, the killer whales hunting partner was approaching with intent from behind and under the water. Before the poor dolphin realised it, it was all over! 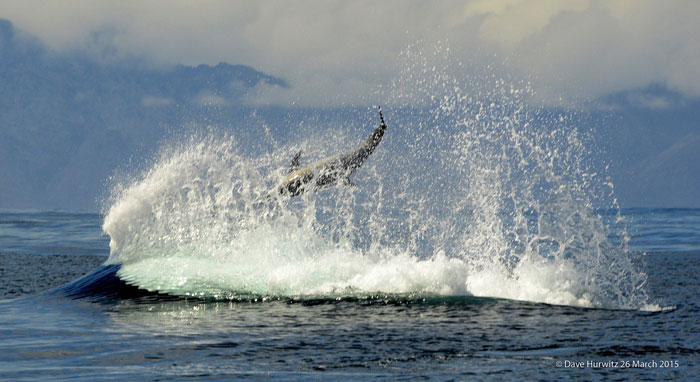 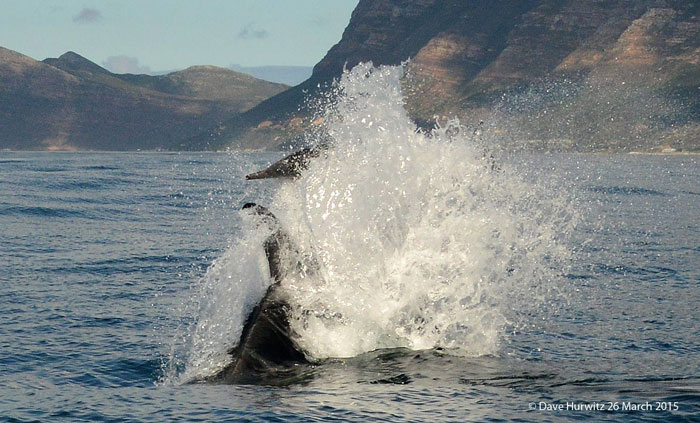 The Cape fire and baboons

Rescued from the Flames
Scroll to top